“Please buy me wings mama… so I can fly away like that bird.”

The other day while unpacking the grocery cart in the store parking lot our oldest looked up at the sky and spotted a bird; “look mama” he shouted, pointing at the bird, “yes!” I responded with mild enthusiasm “it’s a bird baby”. Then he went on to say, “please bye me wings mama, so I can fly away like that bird.”

The world of a child is the same world as ours, but they see it so differently, truly bringing its wonders to light!

I don’t remember a lot, those of you who know me personally know that my memory is not the greatest, but watching my little ones grow-up and experience the world around them is jogging my memory a lot. I might not remember everything that happened in my childhood, like most of us, I think there are moments that stick with us, but raising children has a way of bringing you back to your own childhood and I think it’s kind of a beautiful thing to see yourself in another person, especially in your own child.

Our oldest son has a wild imagination, he has full-blown conversations with himself (and other characters) all the time. The most elaborate of these happening before bedtime, when it seems like he is trying to make sense of his day and almost re-enacts it in character. It’s honestly hilarious and wonderful all at once. Children aren’t as embarrassed at his age as adults or even slightly older children are, and even though he knows I’m sitting in the rocking chair listening to all of this, he is uninhibited and the actions of his day unfold like a perfect play.

So that’s why when he was so specific about his Halloween costume; he asked if he could be a lion with wings, we made a conscious effort to find him just that. The combination was so fitting for him; strong, wild and free, and we were more than happy when we finally found the lion costume. The best part about it though is the surprise wings. He knows about the lion costume, but I was thrilled to hear that someone at work was making me wings for an office-themed costume and we can’t wait for him to see these wings tonight! 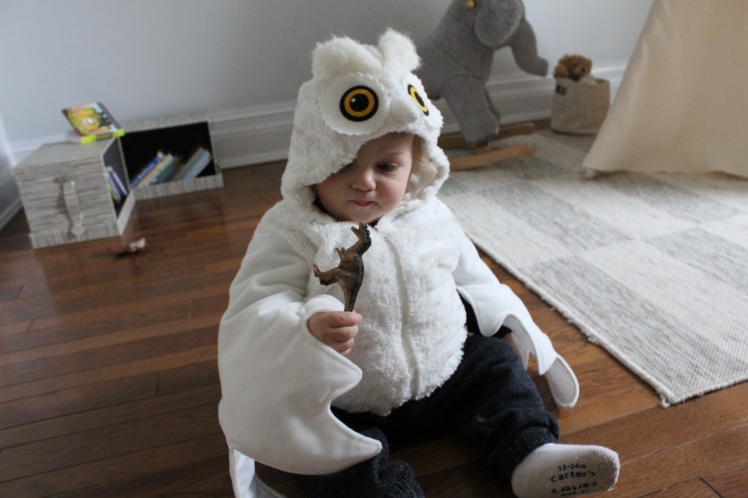 Our youngest, still a little too young to understand most of these concepts, is going to be an owl this year. Yup, another costume with wings, I think that might be a theme in our house. He’s not really sure about the costume yet, but I can say that when we put the costume on him for the first time he ran around the playroom ‘flapping his wings.’ At the ripe-old-age of 13-months it’s hard to tell if he knows that owls can fly, or if the costume was bothering him and he was trying to shake it off.  But, either way, he wasn’t frustrated and seemed to enjoy dressing-up with his older brother; they both laughed a lot and that’s enough for me.

While the spooky elements of Halloween have never really been my cup-of-tea, I can say that the imaginative aspect; the idea of getting into character and pretending for just one night are captivating in and of themselves. There’s something wonderful about the imagination and children really do remind us of that. 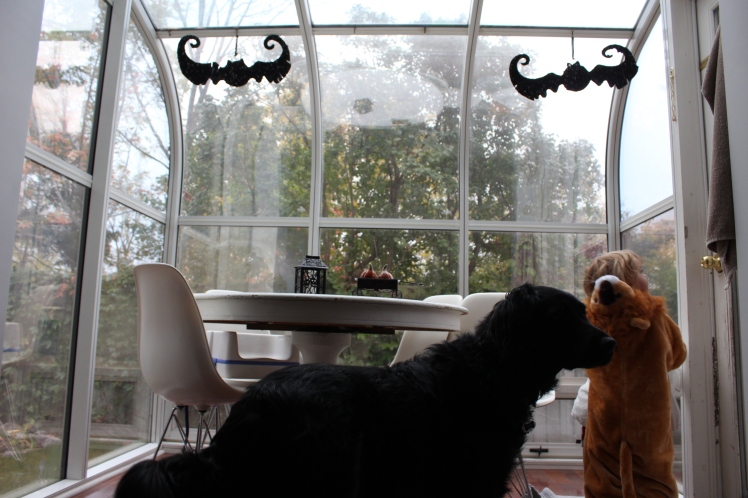